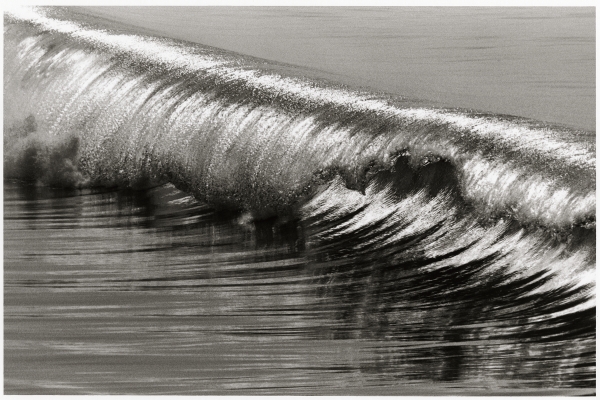 Insights into his projects, The Gay Essay, Timekeeper, Los Angeles Series, and the Surfing Essay.

Tony Friedkin’s photographs are in the collections of numerous institutions including the J. Paul Getty Museum, Los Angeles County Museum of Art, San Francisco Museum of Modern Art, and the Museum of Modern Art. His monographs include Time Keeper (2003) and the Gay Essay (2014), both with introductions by Julian Cox. 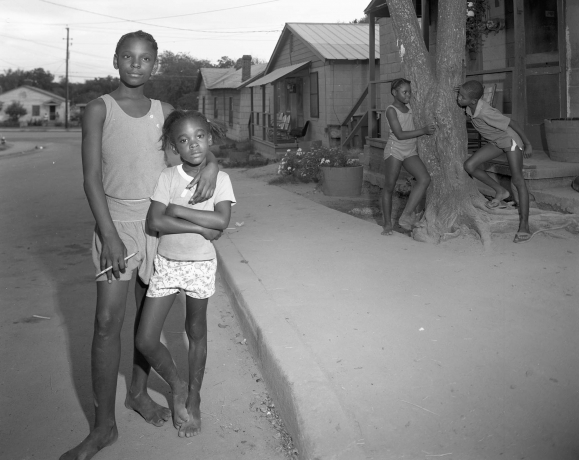 A Powerful Portrait of Black American Life in the South

As a first-generation Chinese American growing up in New York’s Chinatown, Baldwin Lee promised his father he would attend MIT. However, after enrolling, he was absolutely miserable until he took a photography class with Minor White. Lee quickly abandoned his studies of science and technology in favor of the arts, before going on to pursue his MFA, studying with Walker Evans at Yale.

In 1982, Lee became a Professor of Art at the University of Tennessee in Knoxville and traveled for the first time to the Deep South. Excited to get to know the environs, he set off on a 10-day, 2,000-mile road trip, visiting Louisiana, Florida, and Georgia, photographing everything he found interesting along the way.

“Walker Evans had photographed in this area 50 years earlier,” Lee says. “When I was traveling and looking at places he had gone, it shocked me that absolutely nothing had changed. You believed you had stepped back into 1935.” 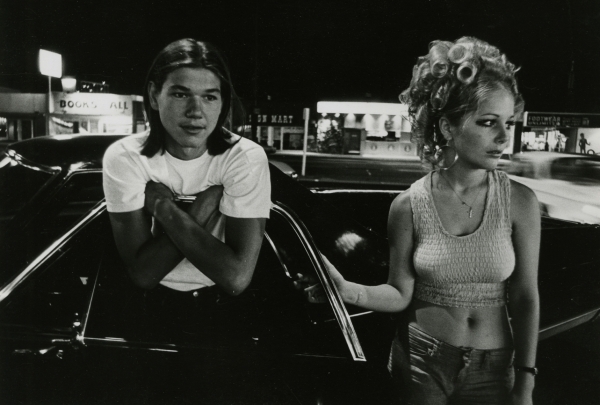 It was a golden period for the car, and Van Nuys Boulevard was the place to hang out and show off your ride.

Wednesday night was “cruise night” in the San Fernando Valley, a suburb sprawling north of Los Angeles. The stretch on Van Nuys Boulevard between Ventura Boulevard, on the southern end, and well past Sherman Way to the north, teemed with kids and cars from all over Southern California. It was a terrific place to see and be seen — and to show off your ride. By the early 1950s, the boulevard was already a gathering place, a regular destination for a young and newly mobile generation. These were good economic times in the US. After 10 years of the Great Depression and five years of a world war, a wave of prosperity had finally allowed Americans to trade in their ageing automobiles for new cars. This in turn delivered millions of “classic” used cars to the marketplace: inexpensive models that were scooped up by teenagers eager to gain some freedom. Souped-up versions of these cars soon decorated the evening scene on streets across America. 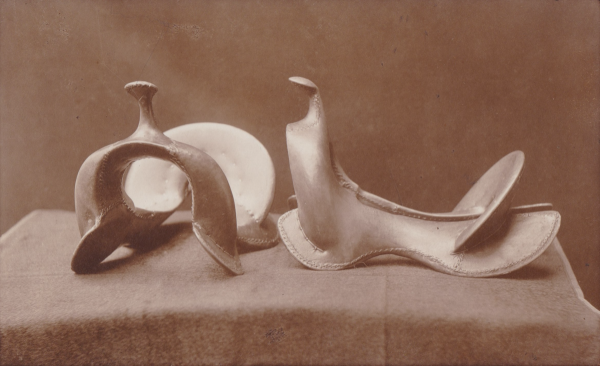 BACK IN THE SADDLE

To ensure the safety of our visitors and staff, the gallery is open by appointment only until further notice.  Appointments can be made by calling or emailing the gallery. We are open from Monday to Friday, 11am - 5pm. Please note that visitors are required to practice physical distancing and to wear masks inside of the gallery. Surfaces will be sanitized after each visitor.

We look forward to seeing you. 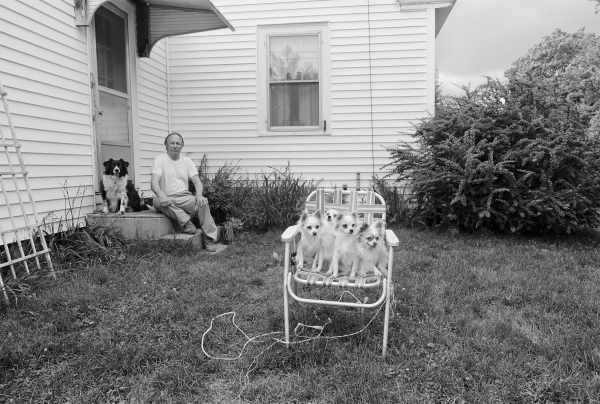 For over thirty years, the American photographer Sage Sohier has been capturing the antics of our darling pets. Her funny and endearing exhibition is on view online exclusively on the website of the California-based Joseph Bellows Gallery. 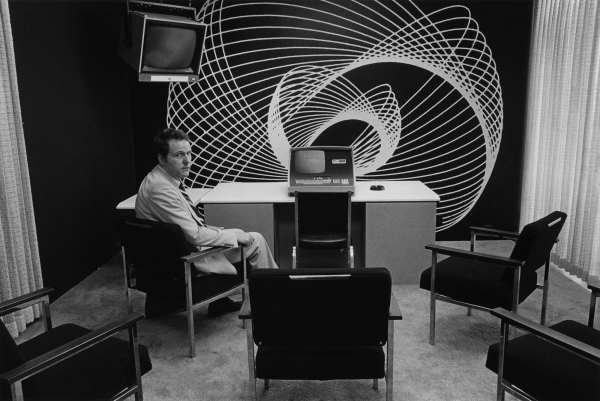 Susan Ressler's photographs will be included in the upcoming exhibition organized by the Los Angeles County Museum of Art, Golden Hour: California Photography from LACMA, which will travel to Cal State Northridge Art Gallery, Museum of Art and History in Lancaster, Riverside Art Museum, and Vincent Price Art Museum from Fall 2020 to Spring 2022. 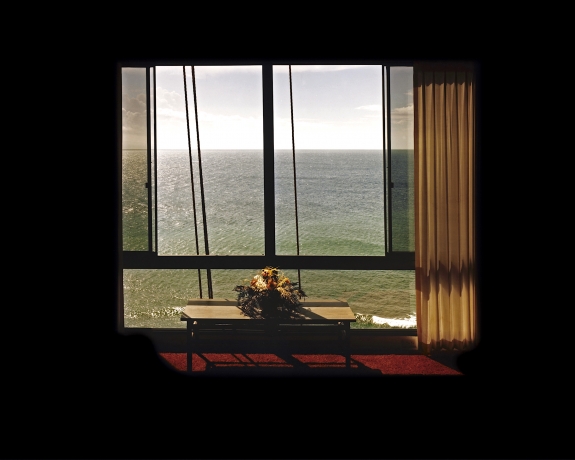 It is with great sorrow that we share the passing of the photographer John Pfahl.  An extraordinary artist, acclaimed educator, and above all - a wonderful human being. 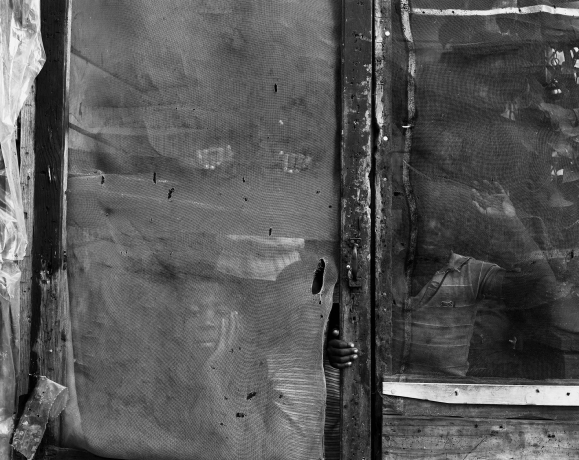 The gallery has temporarily closed - effective March 13, in support of the effort to contain the spread of COVID-19. Our priority is to protect visitors and staff. We must do all that we can to ensure a safe and healthy environment for our community, which at this time calls for us to minimize gatherings. We look forward to announcing when we'll be able to welcome back our visitors. In the meantime, the gallery will continue to bring you the very best in photography. Art is especially vital during these extraordinarily challenging times.  Please contact us via email with any interests. Take care of yourself. We'll get through this together. 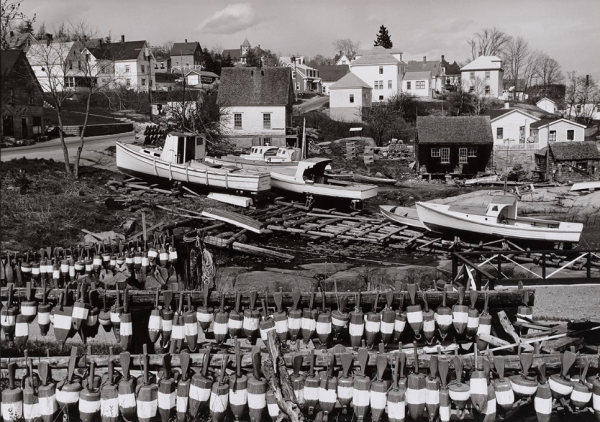 Over a period of many decades, world-renowned photographer George Tice and artist Andrew Wyeth were drawn to Maine, enamored by Maine’s past and the present that speaks to a sense of timelessness and the enduring qualities of honor and dignity in an honest days’ work. 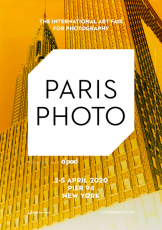 PARIS PHOTO NEW YORK IS POSTPONED, A NEW DATE WILL BE ANNOUNCED SOON

In light of the growing concerns over public health and safety and the developing COVID-19 situation, the inaugural edition of Paris Photo New York will be postponed to a later date that will be announced as soon as possible.

Over 173 of the world’s leading galleries and publishers, 100 media partners and cultural institutions and numerous artists were confirmed to participate in the first Paris Photo New York. Our principal concern is for the safety and well-being of our exhibitors and supporters and we are convinced that this postponement is in the best interest of galleries, collectors and art enthusiasts alike.

Visit us at Photo LA

Bringing the best of the photography world to your doorstep with a collaborative platform that links dealers and collectors with a gamut of galleries from around the globe. Internationally recognized, yet abundantly accessible, photo l.a. cultivates connections between industry elite and up-and-coming talent alike. The longest running international photographic art fair on the West Coast, photo l.a. has been in operation for nearly three decades. 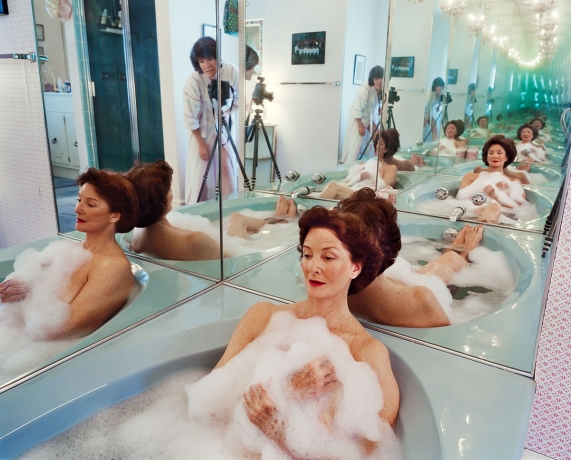 Sage Sohier's work on view at the Fitchberg Art Museum

Photographers David Hilliard and Sage Sohier have each documented a parent over the course of decades. Since the 1990s, Hilliard has intermittently photographed his father, addressing intimacy, aging, father-son bonds, and masculinity. Sohier’s series Witness to Beauty documents her former fashion model mother, first in the 1990s, and then from the early 2000s to 2014. This body of work explores changing ideas of beauty and femininity across generations, maternal bonds, and self. Together these images tell stories of the physical and emotional transformations of the subjects and each artist’s parental ties. 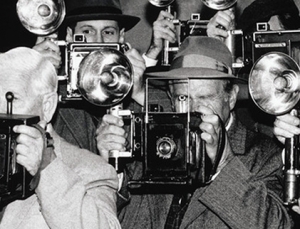 Anthony Friedkin featured in the exhibition In Focus: The Camera

This exhibition features a wide selection of historic cameras, including the first mass-market digital camera, which helped usher in a new era for photography.  Along with the selection of cameras, photographs that depict photographers at work and photographer's self-portratis with their cameras complement the exhibition.

Now in its tenth year Classic Photographs Los Angeles has established a reputation for excellence within the photography community. Through their diverse inventories the show’s veteran dealers exemplify what is best about the wide-ranging photographic medium: experience, expertise, and connoisseurship. Visitors to CPLA can expect to see masterworks by West coast photographers working in the f/64 tradition, American work from the 1970s, contemporary artists exploring alternative processes, 20th century Latin American and Japanese photographers, as well as young European-based photographers making their debut in Southern California. CPLA is a destination for collectors, curators, and professional colleagues, as well as regular enthusiasts who enjoy looking at 19th, 20th and 21st century photography. Masterworks, contemporary works, vernacular photographs, and photo books will be on offer in a range of prices accessible to every collector. Please join us for this special three-day event. 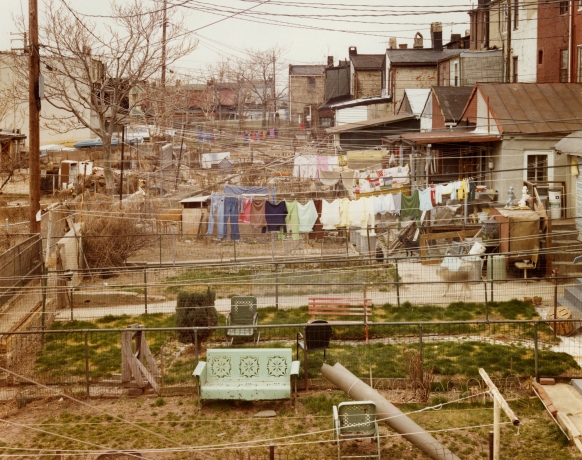 Jack D. Teemer's photographs are included in the exhibition Go Down Moses, guest curated by Teju Cole at the Museum of Contemporary Photography, Chicago. An acclaimed writer, photographer, and critic, Cole is the former photography critic of the New York Times Magazine and is currently the Gore Vidal Professor of the Practice of Creative Writing at Harvard University. This is his first major curatorial project.

Go Down Moses presents a reinterpretation of the MoCP’s permanent collection that can be understood as a visual tone poem of contemporary America, exploring elemental themes of movement, chaos, freedom, and hope. In doing so, Cole uses the photographic archive to interweave the past and present, suggesting an aesthetic approach to understanding the current psyche. 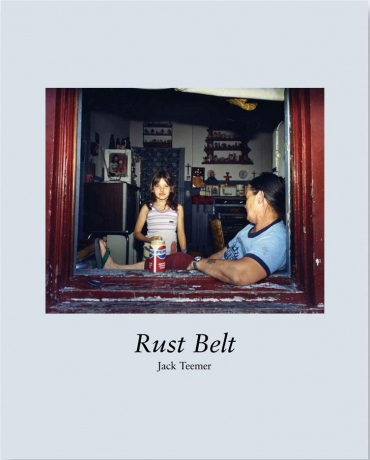 “Jack D. Teemer’s photographs taken in American Rust Belt cities during the 1980s examine the ways in which neighborhoods and urban infrastructure have been shaped by the industry that surrounds them. His pictures quietly celebrate the ways in which humans strive to live together in the shadow of manufacturing—even in its decline.  Cinematic vistas, presenting a wide view of a city’s urban structure, set the stage for pictures that focus more narrowly on neighborhoods and individual yards. Bridges and freeways loom over homes and restaurants; fences surround each home; signs, automobiles and gardens crowd each yard; children jump from porches and play with hoses. Although many of these yards have seen better days, the diverse residents of communities who call them home cultivate and enliven their small plots of land. Teemer records these distinctive American Rust Belt stories, from the cities on the verge of economic and civic recovery to the families who live boisterously in close quarters, with great care for the human experience.”

— From the Introduction by Lisa Sutcliffe, Herzfeld Curator of Photography and Media Arts, Milwaukee Art Museum 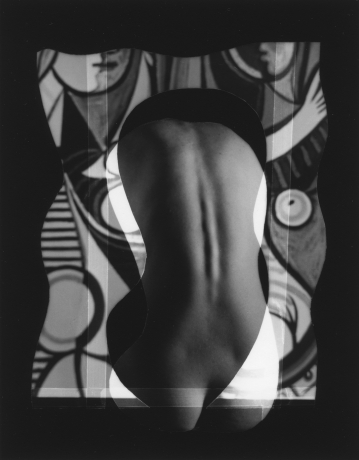 Drawing on the visual language of Cubism, the Vietnamese photographer creates whimsical renditions of the nude form.

There is no single formula that guides the practice of Han Nguyen; visual stimuli and, sometimes, instinct shape his work. For Nude Compositions, a selection of which are on show at Joseph Bellows Gallery, La Jolla, California, from 02 May to 14 June, the photographer co-opts the pictorial language of Cubism. Nude forms, rendered in black-and-white and fragmented by layered planes, melt into related shapes and tones – shreds of Cubist paintings; abstract shapes; greys, whites, and blacks. 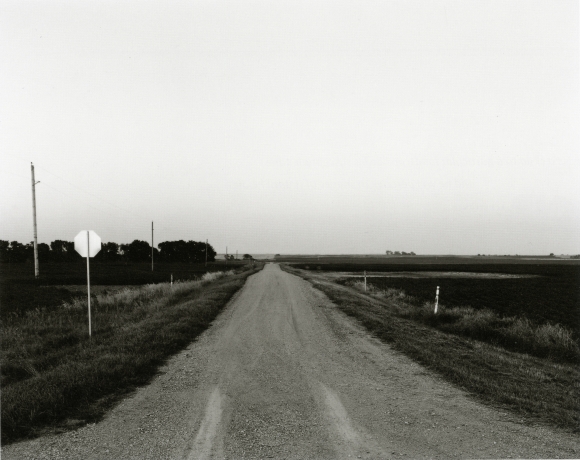 Wayne Gudmundson and Stuart Klipper featured in the exhibition, On Place: Three Views of the Land

On Place exhibits the work of three of the Midwest’s most experienced photographers culminating in 45 images from their excursions along the region’s back roads, broad landscape, rivers, and small towns. 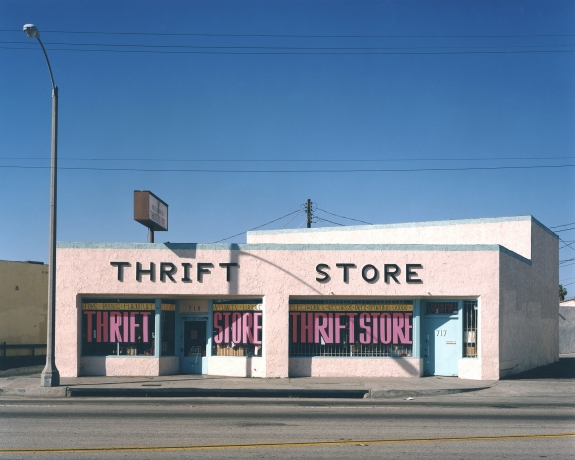 Announcing the Representation of John Humble

Joseph Bellows Gallery is pleased to announce the representation of John Humble.  Humble has been photographing the city of Los Angeles since the mid 1970s, producing an incredible and luminous document of the city's urban landscape.  His photographs describe, in the artist's words, "swift changes in the built environment, particularly the often awkward and interesting juxtapositions of old and new." 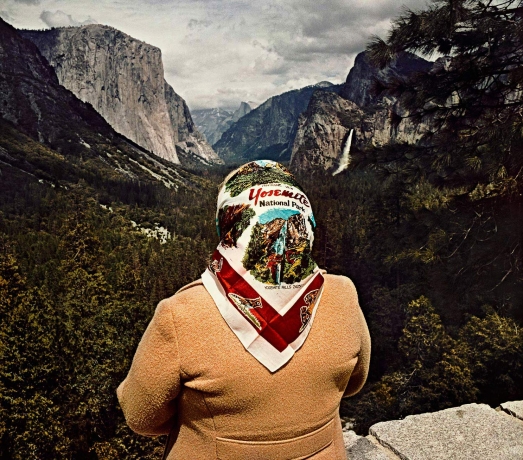 This exhibition highlights one of the Addison collection’s great strengths—images of the American landscape, both natural and manmade. Whether historical or contemporary, fact or fiction, abstract or representative, celebratory or critical, private exploration or social document, all of the photographs assembled in this show comment to one degree or another on the contesting powers of culture and nature. 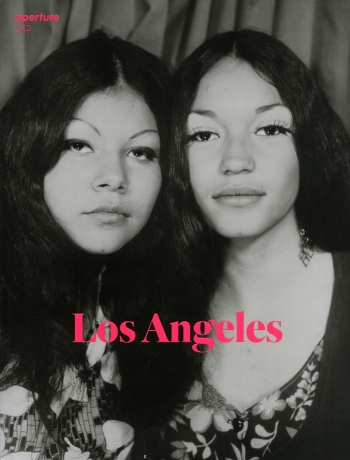 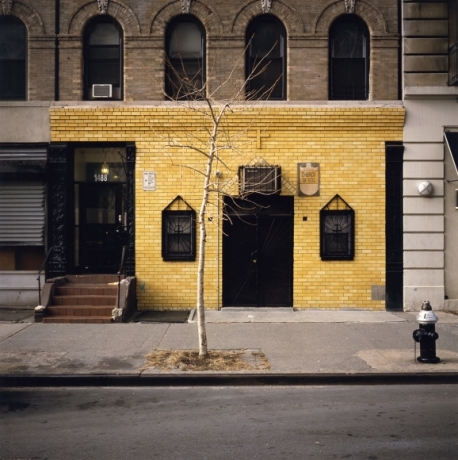 The empty city: New York without New Yorkers - in pictures 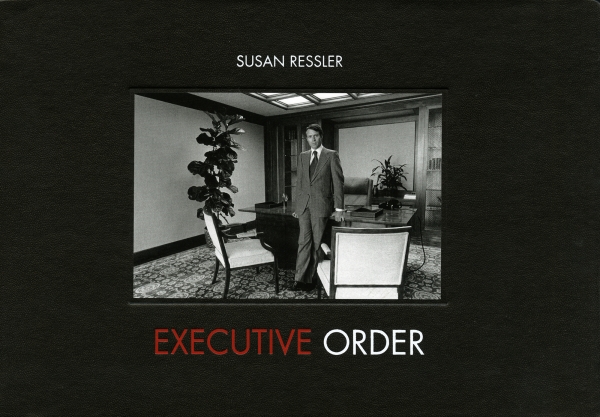 Joseph Bellows Gallery is pleased to sponsor a book-signing for Susan Ressler at the 2018 Medium Festival of Photography.  The artist's book-signing will take place Thursday, October 18, from 7:00-9:00pm and Saturday, October 20, from 12-1pm.  The book-signing is in support of her gallery exhibition, Executive Order: Images of 1970s Corporate America running October 5 - November 30. 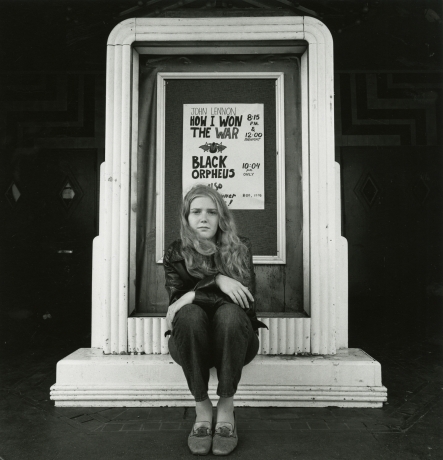 The SCAD Museum of Art presents "In the Present: Five Decades" by veteran photographer Elaine Mayes, exploring works that span 50 years of her career. The exhibition includes iconic works from the 1960s and ‘70s as well as mines lesser-known aspects of her practice to consider in relation to recent work. 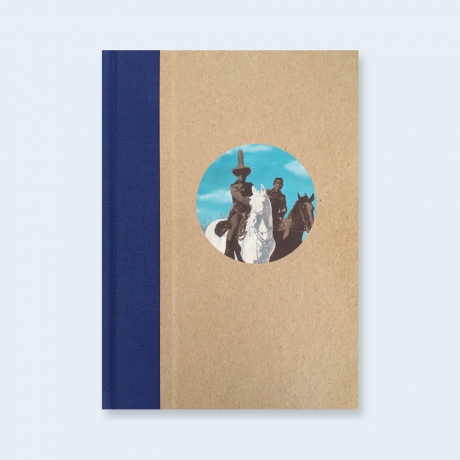 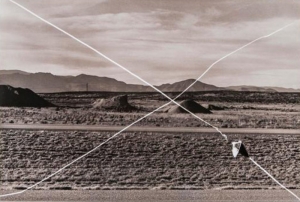 Shifting Light offers a twenty-first century perspective on the museum’s long-term engagement with the popular medium of photography. Organized into the broad categories of place, identity, and creativity, the exhibition juxtaposes photographs in ways that amplify their meanings and suggest new narratives. Ansel Adams’ famous 1940 photograph Moonrise, Hernandez is paired with a 1975 landscape by Thomas Barrow from his series Cancellations, while Alfred Stieglitz’s 1918 portrait of Georgia O’Keeffe keeps company with images by Anne Noggle and Joyce Neimanas.