Larry and C.J. with Miles and Nikita, Brookline, Massachusetts

Mother and Daughter with Vizslas at the Dining Table, Sterling, Connecticut

Laura in the Stable with Horses and Dogs, Rowley, Massachusetts

Michael and Dawn with their Iguana Cecil, Bedford, Massachusetts

Boy in Barn with Cat and Pony, Rowley, Massachusetts

Trip and Alan with their Jack Russell, Key West, Florida 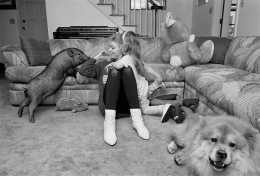 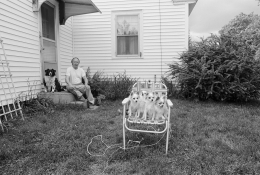 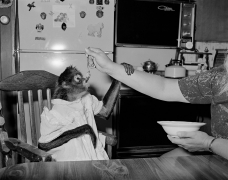 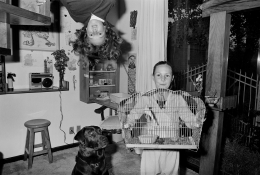 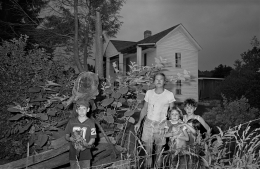 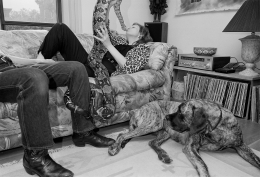 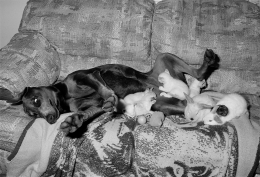 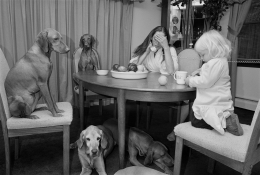 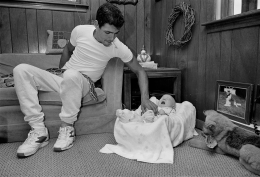 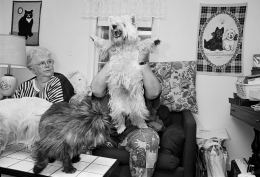 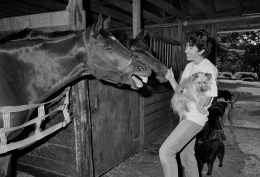 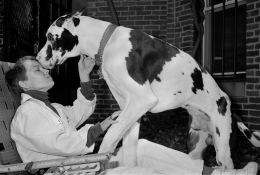 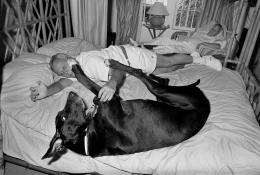 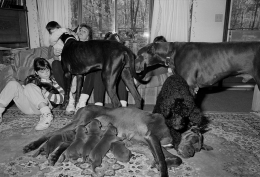 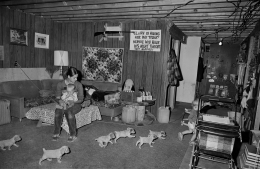 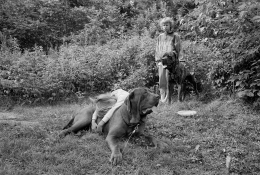 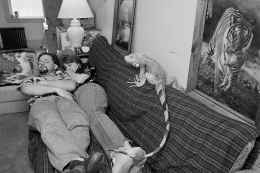 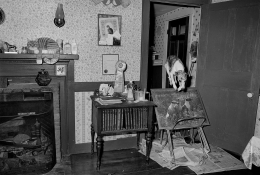 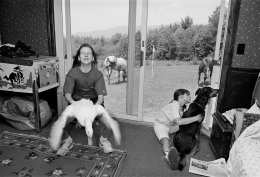 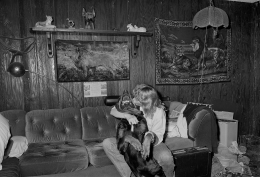 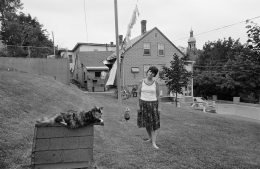 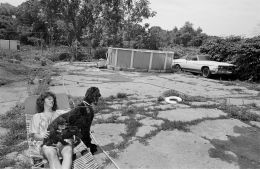 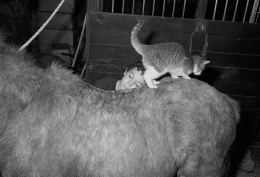 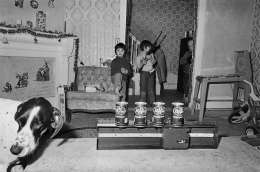 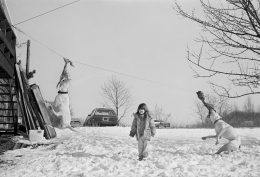 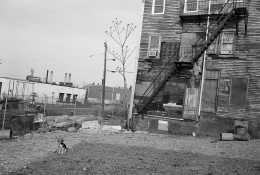 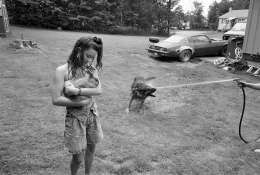 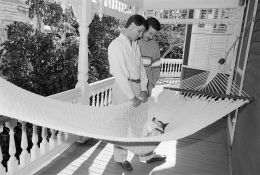 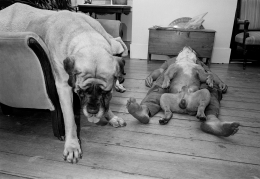 My sister and I were ostensibly raised by poodles on the banks of the Potomac river in Virginia. Tulu was a white standard poodle and Folly, my mother’s first pet as a young adult, was a black miniature. For years, Folly would accompany my mother to the Stork Club in New York, where she was allowed to sit on her plush red cushion at the bar.

A few years after the poodles had taken charge, two Norwich terriers arrived, to the great disdain of the poodles. Snuff and Biscuit were feisty little things, large dogs in small packages. Though I cared deeply for the poodles (who were, after all, in loco parentis), the terriers became my passion. I admired their independence. If my mother called him, Snuff would glance our way and then take off rapidly in the opposite direction. His audacity in disregarding my parents’ commands was exemplary. Dogs were the centre of our family, the focus that made our lives together pleasurable.

Then came Felix, a baby blue jay, whose nest had been destroyed by crows. We scooped him up and brought him to our sleeping porch, feeding him with a dropper. Eventually, he started to fly around the porch, and we removed one of the screens. He would fly out into the world to explore, then return to be fed. As the summer progressed, he became increasingly independent but would appear out of nowhere and perch on our shoulders, nuzzling our ears. When we were in the pool, he would fly into our hands and take a bath. He was curious, affectionate and smart. We received reports from neighbors far and wide about a friendly, trusting blue jay. When the day finally arrived a year later that he no longer came, we comforted ourselves by imagining that he had found a mate rather than met his demise.

My grandparents had a long history with animals as well. As a youth, my grandfather had been dropped off, solo, in the North Woods of Quebec by his father and had spent long nights alone listening to the cries of wolves. He became a naturalist and later embarked on an expedition to the isle of Komodo in Indonesia to bring back specimens of the Komodo dragon for the Museum of Natural History. My grandmother had gone along in the role of expedition photographer and was almost eaten by one of the giant lizards when an attempt at trapping it went awry. They returned to New York, bringing with them, in addition to the fierce lizards, an adorable Javanese honey bear cub, who joined the family menagerie as John Bear. In his later years, my grandfather settled for black standard poodles. His favorite, Poody, learnt to pit olives before swallowing them.

I currently live with three rescue dogs. Because animals have always been important in my life, I often included companion animals when I started photographing people in the late 1970s. I found that there is more spontaneity, less self-consciousness and more chaos when humans and other animals coexist. Love is unconditional, grief is uncomplicated, though deeply felt, and life is richer, more vivid and always more comical. I started to seek out people who lived with many animals, especially homes with multiple species. These photographs from the 1980s and 1990s are the result.

- Sage Sohier from “Animals”, published by Stanley/Barker on November 4 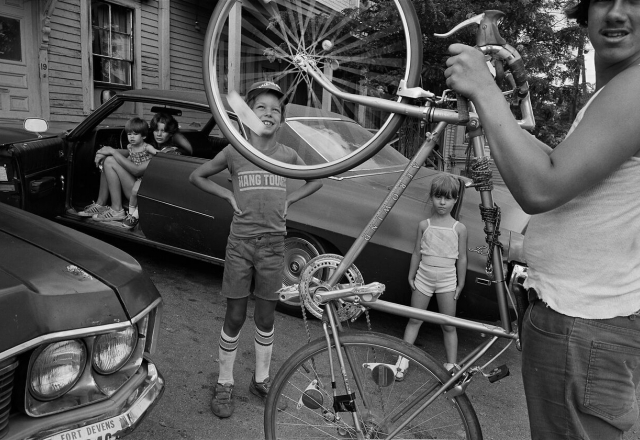