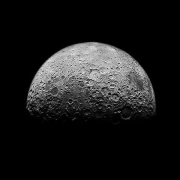 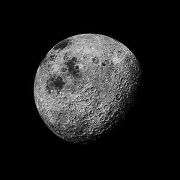 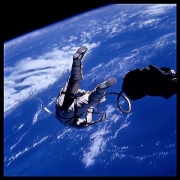 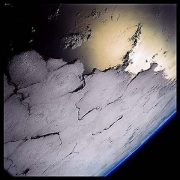 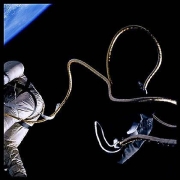 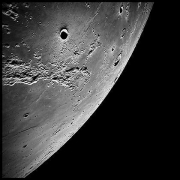 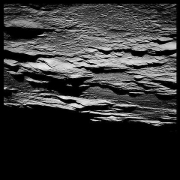 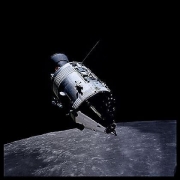 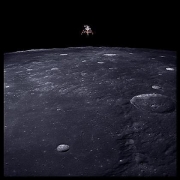 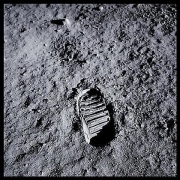 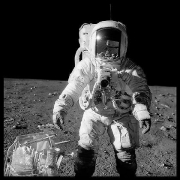 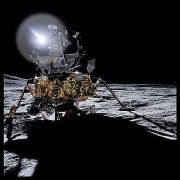 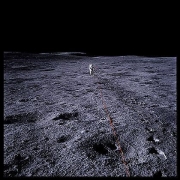 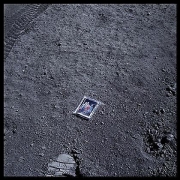 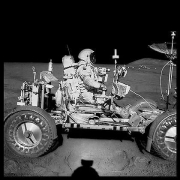 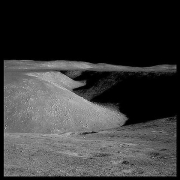 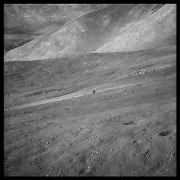 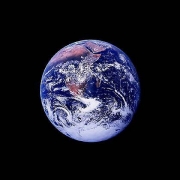 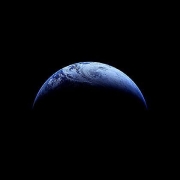 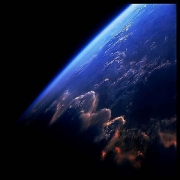 To commemorate the 40th anniversary of Apollo 11 – the first landing on the Moon - Joseph Bellows Gallery is pleased to present FULL MOON: The Apollo Missions. The exhibition will feature photographs from Michael Light's book FULL MOON and will be on view from October 17th – December 5th, 2009. An opening reception will be held on Saturday, October 17th (5-8 pm).

From 1963 – 1972 NASA's Apollo program landed six missions on the moon and yielded a wealth of scientific data as well as 32,000 photographs. From 1995-2000, photographer Michael Light worked with NASA's archives to revisit and reexamine these photographs. Light's project culminated in a book and museum exhibition entitled FULL MOON. The book was published in six languages in 1999 (the American by Knopf, New York), and the museum exhibition opened concurrently that summer at London's Hayward Gallery and the San Francisco Museum of Modern Art. The photographs from that show are now on permanent display at the American Museum of Natural History's Rose Center for Earth and Space in Manhattan. In the years since, FULL MOON has come to be considered the definitive visual statement on the Apollo photographic archive.

As a landscape photographer Michael Light is not only interested in the physical aspects of a place but also spaces where humans seem dwarfed by their natural surroundings, places where they confront powerful natural forces. To him the Moon was perfect subject. For FULL MOON, Light chose 129 of the 32,000 images from NASA's archives and wove them into a narrative that begins with launch and is followed by a walk in space, an orbit of the Moon, lunar landing and exploration, and a return to Earth. He focused on images that had not been seen before and aimed to create the effect of the viewer being in space by including views looking out the spacecrafts' windows and close-ups of the astronauts. He also shows us the sublime grandeur of the Moon itself. Close-up images show its surface details and textures while images shot from above reveal its vastness and mass. Light's selection and arrangement of these images lead the viewer on a thrilling journey to the Moon, and his project is imbued with the same sense of adventure and discovery inherent in the Apollo missions themselves.

The photographs in the exhibition are all made using latest in direct-digital photographic printing processes from Light's drum scans of NASA masters. Light scanned at beyond-film grain resolution to capture every bit of information in the masters, and together with the subtlety allowed by digital image processing, these prints offer unprecedented clarity, scale and precision. There is nothing like them available through any channel, including NASA.

Michael Light received his B.A from Amherst College and his M.F.A in photography from the San Francisco Art Institute. His photographs are in the collections of the San Francisco Museum of Modern Art, The Getty Research Library, the Los Angeles County Museum of Art, the Center for Creative Photography, Tucson, AZ and the Museum of Photographic Arts, San Diego, CA among others. In 2007 he received a John Simon Memorial Foundation Guggenheim Fellowship for Photography. He currently lives and works in San Francisco, CA. 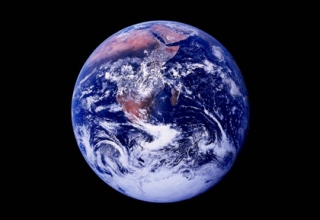